After many years of waiting, the country's favourite super spy is finally driving a Jensen. The new James Bond book “Solo” has been written by well known author William Boyd under an agreement with ‘The Fleming Foundation’ and with the authority of the Fleming family as part of a continuation series of the James Bond books.

Solo is based in 1969 and starts off in the Dorchester Hotel in Park Lane, London. It is James Bond’s birthday and he leaves the hotel and goes into the local Jensen Dealership to look at an Interceptor. He instead finds himself being captivated by the Jensen FF, one of the most sought after cars of the 1960s, that they have in the showroom on Park Lane.

“The Jensen FF,” Eddie said softly in veneration, almost with a catch in his voice. “Four wheel drive.” He opened the door. “Step in, Mr Bond. Try her for size.”

Bond slipped into the driving seat and rested his hands on the wooden rim of the steering wheel, his eyes taking in the grouped dials on the fascia, his nostrils filled with the smell of new leather. It worked on him like an aphrodisiac.

Bond felt he was in a low flying plane rather than an automobile as he accelerated the Jensen…. If you needed a car to boost your ego, Bond thought, then the Jensen FF would do the job admirably. 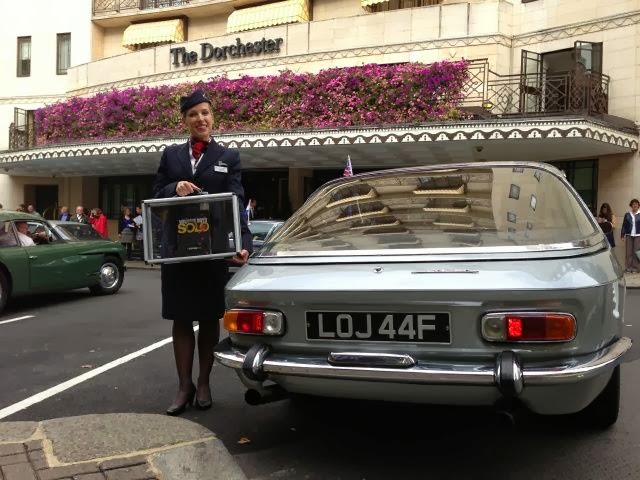 On the book release date, the author will sign 7 copies of his book at the Dorchester, which will be encased in a Perspex box and handed to 7 air stewardesses. They will then be ferried by members of the JOC in 7 different Jensen models (001 to 007) to Heathrow Terminal 5 (VIP) via the A4. The books will be flown on British Airways flights to their destinations. 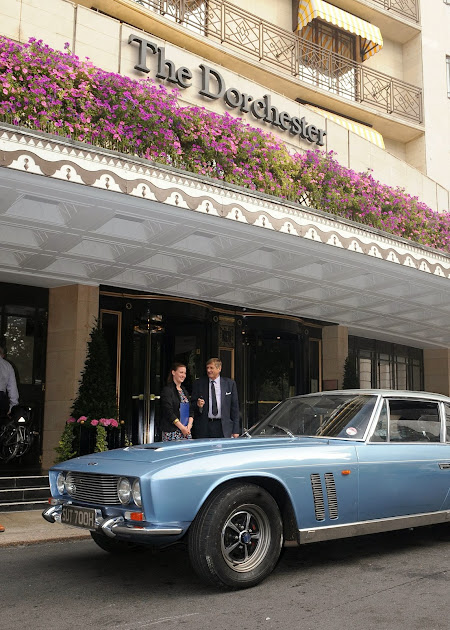