Back in November 2012 I was approached at the NEC by a friend of someone that had recently died, leaving an early two vent 1970 Interceptor II that needed to be disposed of.

Lewi and I went to have a look at it to find one of the worst bodywork restorations either of us had seen, although the welding must have been strong as the car was jacked up using the jacking points.

The car is chassis 127/3726, originally metallic quartz with options of sundym glass, voxson, and aircon. At least it still had all three.

The owner had bought the car new on the 1st of February 1970. It was last on the road in 1986, then entrusted to a friend of a friend who had their own body shop, unsurprisingly, apparently he sobbed when he got the car back. From then until the owner?s death in 2012 it sat in a garage on the Lower High Street in Cheltenham, I must have actually walked past it a number of times over the years.

The car was advertised on the forum and bought by Simon Holloway. Simon has had Jensens for years and restored a number of them including a convertible. Simon wanted a challenge that would push his knowledge to the limit and this was it.
Simon set about sorting the car out enough to get an MOT on it so that he could remove the personal number plate to help finance the restoration. As an added bonus the logbook came back showing that there was only one previous owner. Much to Simon?s surprise the underneath of the car was literally like new, actually very well done.

Some photos showing the work done

There was a time in the 1970s when I could instantly name the make and model of every alloy wheel on the market. (especially if it was under some jacked-up custom

It's taken me two days to dredge the name of these wheels to the surface - KN Gemini. Hope that helps, Simon. They are definitely "period" so I hope they stay with the car. 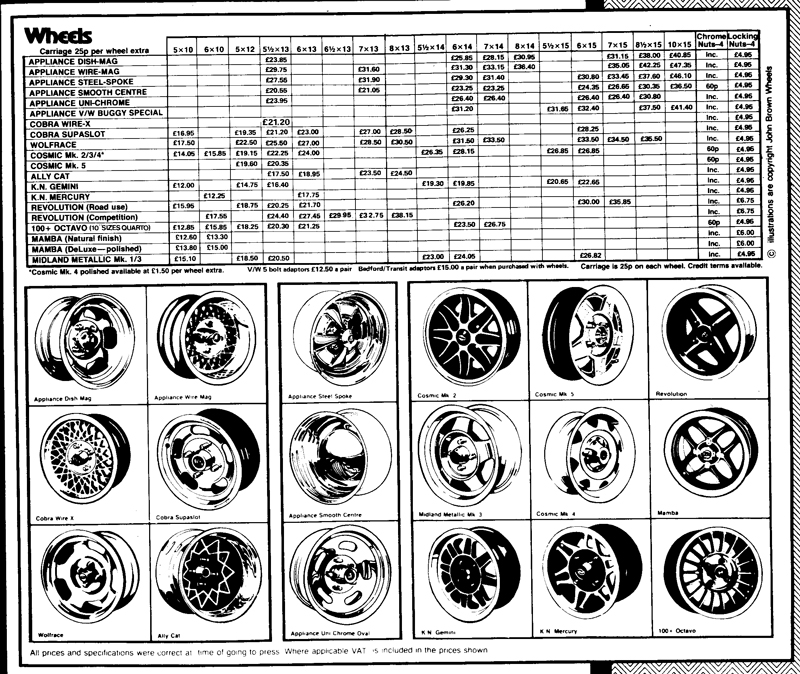 Many thanks for the kind comments. I have now finished refurbing the wheels and she is re shod with new tyres, nearly finished re-connolising the interior so will soon post some updated pictures. Usual stuff now after so many years of standing, water leak so new re cored radiator fitted, power steering problem still to fix and also want to get her running smoother then hopefully it will be MOT time and away we go!