This is Stuart Turner's Interceptor mark 1, as featured in the current article in Octane magazine.

Above photos by kind permission of Matt Howell / Octane Magazine

Above photos by kind permission of Michael Whitehouse

This is what Stuart has to say about the car:

I bought it from Nutley and Sports & Prestige as a trade sale on 22/7/05 and my memories of that day are carrying a large fire extinguisher on the train journey to East Sussex, being picked up by Matthew Eade's attractive partner in a Porsche 911 and being unable to open the fuel filler cap and having to ask Matthew (who luckily only had to cross the road) to put a bit more pressure on the flimsy key. Needless to say, I've had lots of practice at opening the flap since.

Some history of the car: it was originally owned by a lady called Irene Primrose Bracegirdle who I believe was in her 60's when she bought it new. Must have been some lady! Subsequently owned by a Dr Robert Clarke who bought it in 1987 after visiting a mansion near Menai Bridge. The letter to the subsequent owner described how he and a friend had a look round an old house up for sale and the octogenarian chap showed them round the premises to find the ball room had been converted into large garage containing 3 Mercedes and the Jensen. On seeing the visitor's interest in the Jensen the owner said it had been his late wife's car (who had died 8 years earlier) and that he'd sell it for £4,000. Following purchase, the new owner sent it to Sturdy and Lowe who recommissioned it. Long time first ownership and a caring second owner helping to maintain its originality.

Fast forward to April 2008 and I picked the car up from Colin Holley of CH Autos who carried out a fantastic job, as always, on the bodywork. A testament to his work, bar stone chips from enjoying driving it, the bodywork remains as it left Colin's hands.

The car is my 5th Interceptor. I always wanted a Mk3 but many years ago I spotted a Mk1 which had been brought back from South Africa - and bought it despite it breaking down on test. Following which I was hooked on the relative simplicity of the earlier Interceptor. I sold the SA one as it needed lots of mechanical work (being bodged with Nissan steering rack, telescopic dampers welded to the trailing edge of the kingpin front suspension). What a fool. Should have kept it. Subsequently bought another Mk 1 from Norfolk which was a great car - only to part-ex it for a motor home. Driving back from Gloucester in a diesel transit remains a low point in my driving memory.

The 2 other Jensens were incomplete. One now rebuilt by someone else and I notice currently for sale abroad. The other, bought as a breaker......which I couldn't bring myself to destroy. Now owned by Paul McIhenney who intends to restore it.
C-V8 II 104/2146 CHJ 948B
ex FF II, Interceptor I, II and III, SP, GTs and Healeys. You might say I got the bug....
JOC Member No. 5061
Top

Beautiful. Apart from the driver in the 3rd shot.

I think the Interceptor is shown at its best in these shots, especially burbling around a quiet city centre at night.
"The day after tomorrow is the third day of the rest of your life."
Top

VFK44 wrote:Beautifuk. Apart from the driver in the 3rd shot.

Colin Holley is just finishing off Stuart's FF, so hopefully he will have the car back in a couple of months, they will make a fantastic pair

I think a new word has been invented.
I shall definitely use it under the right circumstances.
“Even in a time of elephantine vanity and greed, one never has to look far to see the campfires of gentle people." Garrison Keillor
Top

Result of trying to use Forum at the same time as preparing dinner. I have modified my comment but you can still see my neologism quoted in Zac's response.

"The day after tomorrow is the third day of the rest of your life."
Top

VFK44 wrote: I have modified my comment but you can still see my neologism quoted in Zac's response.

Good old Zac - I'm forever grateful to him.
I've used my new word twice so far and I think I'm in with a chance

“Even in a time of elephantine vanity and greed, one never has to look far to see the campfires of gentle people." Garrison Keillor
Top

But I hardly know you Barrie 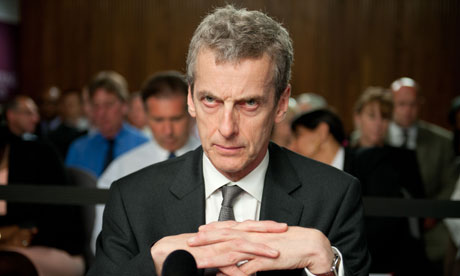 "The day after tomorrow is the third day of the rest of your life."
Top

Barrie wrote:...
I've used my new word twice so far and I think I'm in with a chance

Thank you guys for your kind comments.

It's Colin Holley who deserves all the accolades for his meticulous restoration of the car back in 2008.

Fantastic looking car, and am really jealous, not so much for the car, but for the numberplate. My initials are KMB and I'm struggling to buy one of these great machines, then come across this one which by rights should be mine. Perhaps one day!!

I'll get there soon, (owning a Jensen) but I have to say credit goes to all, including past owners of this vehicle, that it is in such good condition, even if it is way beyond my budget.
My Toys: Lotus Cortina MK2.RangeRover P38, Yam inflatable, Saab 9-3 Convertible.
Mk1 Interceptor, 115/3067
Top
Post Reply
13 posts • Page 1 of 1