I'm new to the club and I'll start with stating that I joined this club with the intent of finding a buyer whose affinity for Jensens will hopefully restore this one to its former glory. I stumbled into the opportunity to buy it 2 years ago by chance while I was working. Basically the previous owner died and he had been storing it in a garage bay since the 1970's. The owner of the garage bay obtained the Jensen as a form of debt settlement from the family. The moment I saw it I knew it was a rare car and bought it and started renting the garage bay it's currently stored in. I would not have considered purchasing it had it not been for the amount of restoration that had been done to it. Once I uncovered the chassis number it led me to this clubs site and ultimately the back story of how it ended up in Harwich, Cape Cod, Massachusetts, USA.

After a year or so of searching for a way to obtain a title I've given up my dream of restoring it. I've reached out to a few potential buyers in the states but I feel like this car would be in better hands if it went to someone who truly appreciates Jensens. The only downside is the car is completely apart and looks like the engine mounts were moved when it was converted to american muscle in the 1960's. From what I can tell the majority of the parts in my garage bay are from the original build. The upholstery is in rough shape but it does say London on it so it looks pretty authentic to me. Most of the trim is intact but it is missing a front and rear windshield and one of the side glass pieces. The gauges and wiring harness are original and there are many totes and crates containing things I don't even recognize. I was thinking of keeping the engine because its' a 1960's corvette 327 which is rare on its own. I figured if someone was going to restore this Jensen they would probably want to put in its original stock engine, but if the price is right I would be willing to let it go.

If anyone is interested or knows someone who would be interested in purchasing please feel free to email me at capecodjensen541@gmail.com Based on the amount of restoration that has been done to the Chassis, front and rear suspension, brakes, and body prep I figure you folks would know its worth better then anyone.

Here are a few pictures of the condition it's in and I can post more on request. 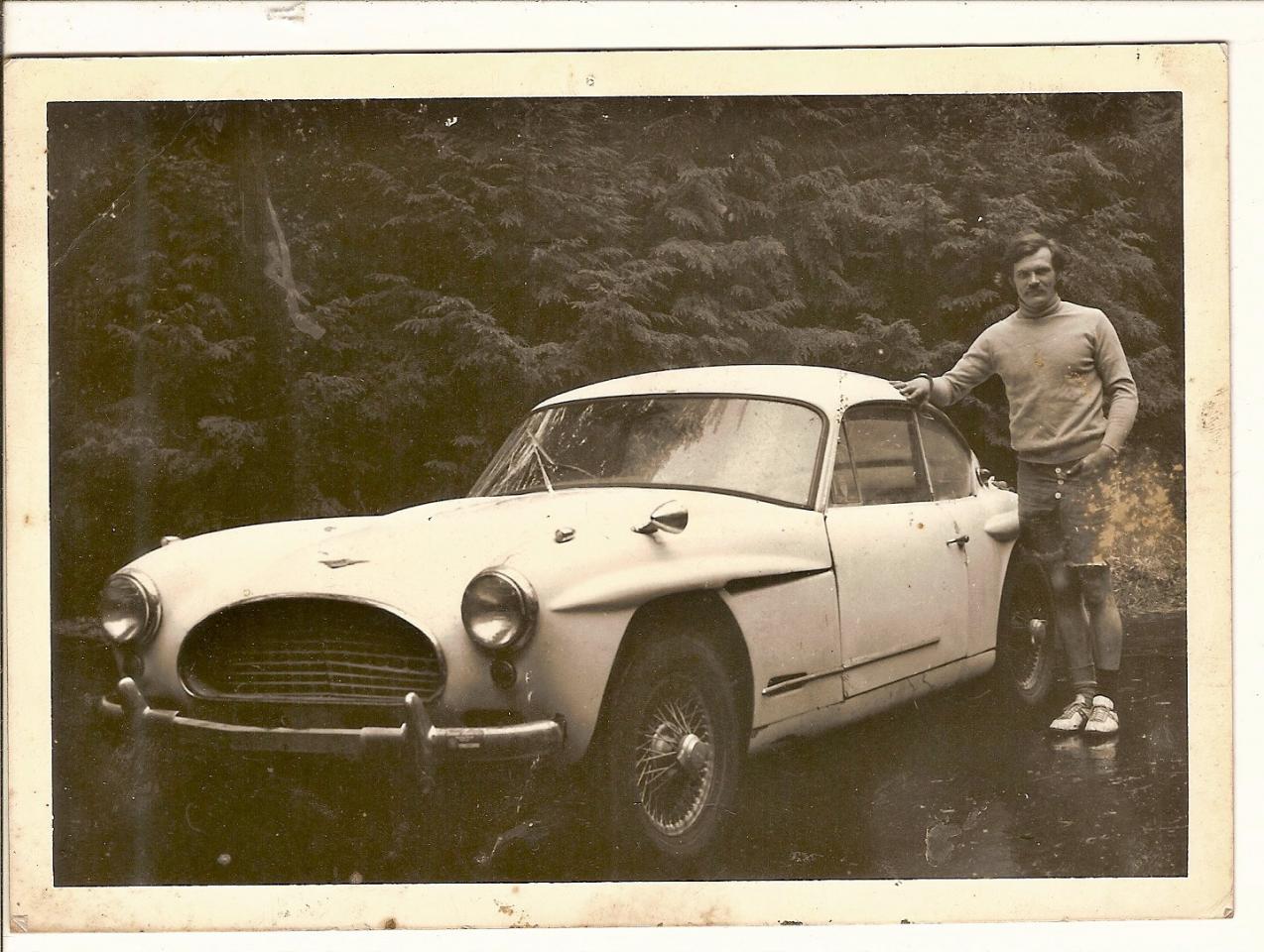 See the previous thread:
https://www.joc.org.uk/forum/viewtopic.php?f=11&t=24227
"It is a mistake to try to look too far ahead. The chain of destiny can only be grasped one link at a time."
Sir Winston Churchill
Top

I didn't think this would happen this fast but I have been contacted by a buyer and have decided to sell to them.
Mike McNulty
541\R\3284319
Top

Me? No. But a pretty cool car. I remember the discussion two years ago.
In order of appearance:

Let's hope the new owner keeps in touch so that we can follow its progress.

Me? No. But a pretty cool car. I remember the discussion two years ago.

Oh! Too bad, I was just about to challenge you to a race, 327 vs Hemi! Well done on the sale, Mike. Congratulations to who ever has bought the car. I have a few mails from Pete Becker (I think that was his name) I can pass on, but I don‘t think there is much not already available information in these mails.
Felix Kistler C-V8 112/2454, 541DL 2223849
"You Secret Little Monkey"
JOC 9465
Secretary/VP JCC Jensen Car Club of Switzerland
Top

It‘s going to Dresden as soon as I have organised the transport.
EA 7000 was the first one
Top

felixkk wrote: I have a few mails from Pete Becker (I think that was his name) I can pass on, but I don‘t think there is much not already available information in these mails.

Yes it was Pete Becker. I talked to him about the car in 2012. I'm also in MA so I was interested at that point as it was close by but now I have too many Jensens (well maybe 1 more would have been nice).
Top

Now you‘ll have to cut off a pair of jeans, with exposed (white?) buttons, put on a pair of non matching socks and steal some shoes from your local bowling alley. And a turtleneck, of course. Then go race some Porsches!
Felix Kistler C-V8 112/2454, 541DL 2223849
"You Secret Little Monkey"
JOC 9465
Secretary/VP JCC Jensen Car Club of Switzerland
Top

I only just noticed this 2 days ago, but is the grille from a 541S/C-V8? Seems unusual and difficult to source if that was done in the US.

Return to “Cars For Sale”